You are here: Home / Marines / The Wreck of ‘Sirius’ at Norfolk Island

On the 19th March 2020 it will be 230 years since HMS Sirius, flagship of the First Fleet was ship-wrecked at Norfolk Island.  Many of our descendants, who had embarked the ship at Sydney Cove and were previously landed on the island before the disaster, would have stood on the shore with their babies and scant belongings and watched the events unfolding.

Read an exact from the Historical Journal of John Hunter, Captain HMS Sirius

THE WRECK OF THE HMS SIRIUS AT NORFOLK ISLAND

“On the 13th (of March 1790), at two o’clock in the morning, we made Norfolk Island, which I did not expect we should have done quite so soon, but the easterly current, which is commonly found here, had been strong.  We brought to till day-light, and then, as the wind was fresh from the south-west.  I well knew there could be no landing in Sydney-bay, where the settlement is fixed, on account of the high surf, which southerly wind occasion.  I therefore bore away, and ran round to the north-east side of the island into a bay called Cascade-bay, where, after a few days of moderate weather, and an off shore wind, it is possible to land, but that only on one spot, which is a rock that projects some distance into the sea, and has deep water to it.  On that rock I landed, on the afternoon of the 13th, all the marines, and a considerable number of the convicts, but being set to eastward in the night, I did not land the remainder until the 15th, when they were also put on shore in the same place.

These people were no sooner on shore than the wind shifted to the eastward, and the weather became hazy and blew strong, so that I had no prospect of being able to land any part of the provisions.  We had put on shore from the Sirius and Supply 270 people, and had no opportunity of sending stores to them, as we were now driven out of sight of the island.  I knew the exhausted state of the stores there, I was also acquainted with the many difficulties which Lt. Ball, commander of the Supply, had met with in the previous voyages he had made from Port Jackson to this island with provisions, and the length of time he had, in some of these voyages, been obliged before he could have any access to the shore; so continually does the surf break around it.  These considerations gave me much anxiety and uneasiness.

On the 19th, a slant wind from the south-east brought me again in with the island.  The Supply had the preceding night parted company, but as they were better acquainted here than we were, I judged they had stood closer for the island in the night before I did.  As we stood in, finding we could fetch the windward part of the island.  I sheered in for Sydney-bay; and as we drew near I observed the Supply lying to in the bay, and the signal upon the shore was flying, that long-boats or any other boats might land, without any danger to the surf.  Anxious to avail myself of this favourable signal, I steered in as far as I judged safe, and brought to with the ships head off shore, in the south-west or wind-ward part of the bay, hoisted out the boats, leaded them with provisions, and sent them in; but observing that the ship settled fast to lee-ward, we made sail, and immediately hauled on board the fore and main tacks.  The Supply had also made sail, and was to lee-ward of the Sirius.

There is a reef of sunken rocks, which lies off the west point of the bay, and which (as the wind freshened and the sea rose) broke a considerable way out.  The Supply having drawn ahead, could not weather this reef, on this she tacked, and, as we drew near, I plainly perceived that we settled so fast to lee-ward that we should not be able to weather it, so, after standing as near as was safe, we put the ship in stays; she came up almost head to wind, but the wind just at that critical moment baffled her, and she fell off again.  Nothing could be done, but to wear her round in as little room as possible, which was done, and the wind hauled upon the other tack, with every sail set as before; but still perceiving that the ship settled into the bay, and that she shoaled the water, some hands were placed by one of the bower anchors, in five fathoms water.  The helm was again but down, and she had now some additional after-sail, which I had no doubt would ensure her coming about.  She came up almost head to wind, and there hung some time; but by her sails being all a-back, had fresh stem way; the anchor was therefore cut away, and all the haulyards, sheets and tacks let go, but before the cable could be brought to check her, she struck upon a reef of coral rocks which lies parallel to the shore, and in a few strokes was bulged.

When the carpenter reported to me that the water flowed fast into the hold, I ordered the masts to be cut away, which was immediately done.  There was some chance, when the ship was lightened of this weight, that by the surges of the sea, which was very heavy, she might be thrown so far in up the reef, as to afford some prospect of saving the lives of those on board, if she should prove strong enough to bear the shocks she received from every sea.

It was now about 11 o’clock in the fore noon, and after the masts were gone, all hands were employed in getting out the hold such provisions as could be come at, and securing them upon the gun deck, that they might be at hand in case any opportunity offered of floating them on shore.

In the evening the wind freshened still more, and the surf was considerably increased; in consequence of which, it was strongly recommended by the gentlemen on shore, who knew the place much better than we could, that every person should quit the ship.  For this purpose the end of the small rope was floated through the surf, and over the reef, to the shore, by an empty cask; and by that rope a seven inch hawser was hauled on shore, with a wooden heart upon it for a traveller, and the end made fast to a tree.

By this traveller I corresponded with those on shore, and received their opinion.  To the traveller three or four sailors at a time were made fast, and were hauled by the people on shore through the surf, and over the ragged reef to the land; another part of the evening, and the remainder the next day.  The whole crew were intended to have been landed that night, but when it became dark the hauling rope of the traveller got often foul of the rocks which might have occasioned the drowning of those were at such a time on the traveller; for the long scope of the hawser (nearly the length of two hawsers) by the weight of three or four people, was more than two thirds of the way in the surf and the men on it under water.  The second day after the landing of the crew, the weather being more moderate, and the surf less dangerous, a few of the seamen, who could depend, in case of accident, upon their good swimming, were got on board by the hawser, and the utmost exertion used to get some part of the provisions sent on shore, but was the fifth day before any could be landed.  We were now upon this little island 506 souls, upon half allowance of provisions; and that could, with our present numbers, last but a very short time, as the supply intended for the island was yet on board the Sirius; and consequently its safety uncertain”.

Editors’ Note:  Eventually most of the provisions, but very few of the personal items, were recovered from the wreck.  It was eleven months before the Supply returned with provisions and took the officers and seamen of the Sirius back to Port Jackson, and the people on the island during this time would have starved except for the discovery of ‘Mutton Birds’ on Mount Pitt.  170,000 of these birds were eaten between March and August 1790. 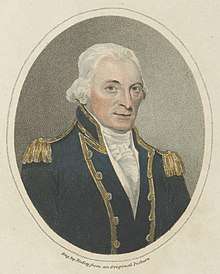 John Hunter and the crew off HMS Sirius were stranded on the Island for nearly a year.  They arrived back in Sydney Cove aboard HMS Supply on 27 February 1791.  Governor Arthur Phillip had negotiated to hire the Dutch ship Waaksamheyd as transport to take Officers and crew back to England.  The ship arrived in England in April 1792.  Hunter was honourably acquitted by court martial for the loss of HMS Sirius. He was appointed governor of NSW in February 1795 to succeed Phillip following the regime of Lieutenant Governor Francis Grose.