First Fleet members can trace their lineage back to a person or persons who arrived in Sydney Cove with Captain Arthur Phillip in 1788. The process of finding a First Fleet forebear has been made easier with the introduction of the internet ... More about us 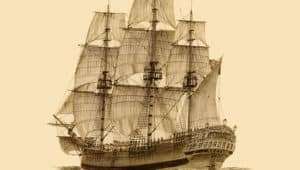 ARRIVES AT SYDNEY COVE HORRIFYING CONDITIONS says Chaplain JohnsonLong awaited ships from England have arrived bringing with them a load of problems far outweighing their aid to the Colony.  Lady END_OF_DOCUMENT_TOKEN_TO_BE_REPLACED

Alexander, weighing in at 452 tons, 114 ft long and 31 ft at the beam, the Alexander was commanded by Master Duncan Sinclair. She carried 192 male convicts and was the largest ship in the fleet.  END_OF_DOCUMENT_TOKEN_TO_BE_REPLACED

Prince of Wales was added to the number of transports in December 1786, on representation being made to the Treasury Board, that such an addition was necessary to carry female convicts to Botany END_OF_DOCUMENT_TOKEN_TO_BE_REPLACED

The Expedition to Port Jackson Our passage to Port Jackson took up but few hours and those were spent far from unpleasantly.  The evening was bright and the prospect before us such as might justify sanguine expectation.  Having passed between the capes which form its entrance, we found ourselves in a port superior in extent and END_OF_DOCUMENT_TOKEN_TO_BE_REPLACED 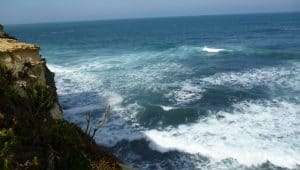 By Anne Gibson Tuesday 14 February 1792 … The signal was made for a sail, and shortly after the ‘Pitt’ Captain Edward Manning, anchored in the cove from England …, She had on board Francis Grose Esq the Lieutenant-Governor of the settlements, and Major-Commandant of the New South Wales corps, one company of which, together END_OF_DOCUMENT_TOKEN_TO_BE_REPLACED 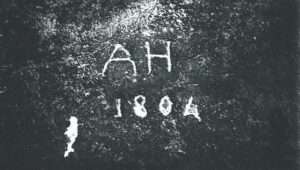 Article written by member Geoffrey Humphries.Ref; ‘Narrative of a Voyage to Port Phillip and Van Diemen’s Land with Lieutenant Governor Collins.’ by AW Humphrey (1984) In late 1803 Lt. Governor David Collins decided to abandon the camp at Sullivan Bay (near present day Sorrento) and proceed to Van Diemen’s Land. Before   leaving he dispatched a party END_OF_DOCUMENT_TOKEN_TO_BE_REPLACED