ANZAC Day marks the anniversary of the first campaign that led to major casualties for Australian and New Zealand forces during the First World War, 100 years ago.  The acronym ANZAC stands for Australian and New Zealand Army Corps, whose soldiers were known as ANZACS.  Australia is commemorating this most important centenary period 2014 to 2018. The ANZAC centenary is a time for all present First Fleet descendants from Andrew Goodwin and Lydia Munro to honour their past descendants END_OF_DOCUMENT_TOKEN_TO_BE_REPLACED 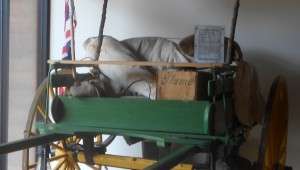 was indicted for feloniously stealing on the 6 May 1784, two-hundred and eighteen pounds weight of lead, value 40s belonging to William Rothwell.  Tried in the Old Bailey on 26 May 1784, he was found guilty and sentenced to seven years transportation.  Joseph spent the next three years on the Censor Hulk before embarkation aboard Scarborough; he was then aged around 20.  The next recorded entry on Joseph was when he married Eleanor (Ellen) Gott (Neptune 1790) at St Phillip Church Sydney on 13 END_OF_DOCUMENT_TOKEN_TO_BE_REPLACED 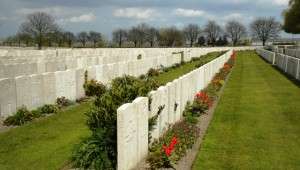 John Anderson, a former seaman, was committed to gaol at Exeter Devon, on 24 July 1785 for breaking into a house and stealing a linen handkerchief, other goods and money.  Sentenced to seven years transportation, he spent time in the Dunkirk hulk before embarkation aboard the Charlotte.  At Sydney Cove he married Elizabeth Bruce on 16 March 1788, signing with a mark.  On 4 October, both were sent to Norfolk Island on the Golden Grove.  On the Island he was employed to help John Altree and Thomas END_OF_DOCUMENT_TOKEN_TO_BE_REPLACED was indicated as John Nicholls at the Old Bailey on Wednesday 21 April 1784 for feloniously stealing a large quantity of goods from a hair merchant and perfumer in London, where he worked as a servant and porter’s assistant.  Sentenced to seven years transportation he spent time on the Censor Hulk before embarkation on the Scarborough.  Following his arrival in Port Jackson, John who was recorded as a Gardner, became a very successful landholder of various properties by grant and purchase up END_OF_DOCUMENT_TOKEN_TO_BE_REPLACED 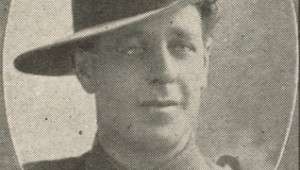 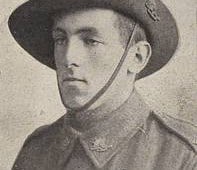 Amongst the many descendants of convicts Nathaniel Lucas (Scarborough) and Olivia Gascoigne (Lady Penrhyn), were men who were born into this large extended family. Brothers and cousins became of age when WW1 was declared. They joined the various contingents to leave Australia for overseas. These men saw action in France and Turkey, were wounded and hospitalised. Those that did not return home, are buried in Commonwealth War Graves or honoured on Memorial Walls. You can follow their lives by END_OF_DOCUMENT_TOKEN_TO_BE_REPLACED THOMAS KIDNER was committed to Newgate prison for feloniously stealing four pieces of Irish Linen valued at £6, the property of Mr Wm Overend, in the parish of St John, Bristol.  Sentenced to seven years transportation on 30 October 1782, he spent time on the Censor hulk before being transferred to the Alexander on 6 January 1787. Thomas was sent to Norfolk Island by Supply and at 11 July 1791 he was subsisting himself on a Sydney Town lot and was sharing a sow, which produced a litter of END_OF_DOCUMENT_TOKEN_TO_BE_REPLACED

made the voyage to Sydney Cove on Charlotte as servant to Surgeon John White.  Following his arrival he was appointed store-keeper at Parramatta, and received a 30 acre grant at Concord.  In 1795 William and three NSW Corps privates were jointly granted 100 acres at North Bush in the Field of Mars district and it is assumed he took full control of the property naming in Chatham Farm.  By 1800 he had sown wheat and was grazing live stock.  He also purchased a house in Summer Row Sydney and in END_OF_DOCUMENT_TOKEN_TO_BE_REPLACED Thomas Lucas was a private marine 23rd (Portsmouth) Company arriving at Port Jackson aboard Scarborough and there served in the company of Captain John Shea.  Thomas also worked in the colony as a glazier, being his former profession.  On 29 December 1791 a son by Ann Howard (Lady Juliana) was born and in December 1792 he enlisted in the NSW Corps and left for Norfolk Island.  In April 1797 he was discharged from the corps and received a grant of 60 acres.  On the Island he worked as a glazier END_OF_DOCUMENT_TOKEN_TO_BE_REPLACED

Thomas Arndell was appointed as an assistant surgeon to the settlement of NSW on 25 October 1786 and made the voyage aboard Friendship.  Through an apprenticeship at a young age, Thomas would late practice apothecary in St Martin’s Le Grand.  He had five legitimate child with his wife Susanna but neglected her for Isabella Francesca Foscari, a Jewish Italian singer.  By this time he had qualified at the Royal College of Surgeons on 6 September 1781 he abandoned both women and signed on the East END_OF_DOCUMENT_TOKEN_TO_BE_REPLACED