You are here: Home / About

First Fleet members can trace their lineage back to a person or persons who arrived in Sydney Cove with Captain Arthur Phillip in 1788.

The First Fleet Fellowship Vic Inc. is a not-for-profit group Incorporated under the Associations Incorporated Act 1981 on the 23 January 1992. Our registered number is A0024438D

The process of finding a First Fleet forebear has been made easier with the introduction of the internet, but for those long-time members, it was a case of numerous library visits to pour through indexes, speak with elderly family members before purchasing certificates.  Upon joining the Fellowship, copies of certificates are verified and the member is then eligible for their Descendant Member certificate. 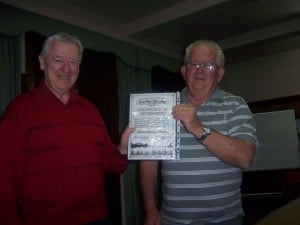 Since the Fellowship was formed in 1984, as a stand alone Fellowship, and not affiliated with any other organization or body, members have been active within the Community.  Our member Adele is in constant demand as guest speaker to Probus, and other type groups on a regular basis.  Her presentation is made in period costume much to the delight of her audience.  When our school children are learning about the First Fleet, members have been more than willing to share their knowledge with them.  Participating in Australia Day is the highlight of the First Fleet calendar and members have marched, attended Flag raising ceremonies, and had numerous photographs taken with overseas visitors.  Then there was the launch of Michel Lawrence’s project All of Us for an Australia Day in Federation Square Melbourne.  Anne, Cheryl, Phillip, Rick and Wayne featured in his publication along with people of the world that had chosen to call Australia home.  The coloured images from the book were enlarged to bill board poster size and hung on the building walls in Federation Square for three months.  Phillip in full stance did look splendid in his marine uniform. Social activities are organized by the Committee for the enjoyment of members and the promotion of fellowship within the group.  The First Fleet Folio is published every alternate month as a general newsletter to members and historical groups.  It features current activities as well as items of historical interest.

Our other activities have been participating in re-enactments at Sorrento, being Victoria’s first settlement, joining in for Founders Day on Norfolk Island and just recently, Helen, Cheryl, Wayne and Phillip featured in Tony Robinson Explores Australia that was shown to a wide audience on the History Channel.

If you find a First Fleeter or two in your family tree, why not join a vibrant group.  A membership form can be found by clicking here.  You will be made most welcome. Symbolism included in the drawing: Members celebrated their 30th anniversary on Sunday the 25 May 2014 in the Melbourne Room, Melbourne Town Hall. It was a mile-stone in the history of the Fellowship.