Some First Fleeters’ and the jobs they did:

3rd Governor of the Colony

Captain Arthur Phillip of the Navy, Governor and Commander in Chief of the territory

of New South Wales, and of his Majesty’s ships and vessels employed on that coast

Major Robert Ross, Lieutenant Governor and commander of the marines

George Worgan, Surgeon of the Sirius 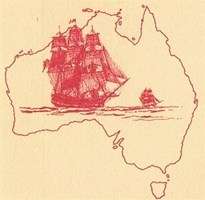