Mary Springham was tried at the Old Bailey for feloniously stealing, on the 5 March 1786, two guineas, value 21. 2s. and nine shillings in monies numbered, and an iron japanned snuff box, value 1d being the property of William and Mary Reynolds.  Found guilty, Mary received a sentence of 7 years transportation, and was delivered to Lady Penrhyn on 6 January 1787.  In Sydney Cove on 15 January 1790 a child William, by convict Mary Springham and William Hambly was baptised.

William Hambly was aged 23 from Truro Cornwall, when he joined as a ship’s carpenter and crew member on Sirius. In Sydney Cove William worked as a carpenter from the end of January 1788 until March 1790 when the Sirius departed for Norfolk Island.  Also on the same voyage was Mary Springham and their child William.

William continued working as a carpenter and gardener on the Island, until he decided to stay and become a settler. He was discharged as a Sirius crew member in March 1791.  By the April he held a lease of 60 acres.  By mid June 1794 Mary and William had three children, and he was selling grain to the government.  On 18 June 1796 Mary died, leaving son William and daughter Elizabeth; the other child had previously died.  As a first class settler William departed the Island with his children in 1807 on Porpoise for Van Diemen’s Land (Tasmania).

William took up land at Gloucester and Risdon Clarence Plains, and in 1810 he married Jane Meech, widow of William Moulton in Hobart.  His son William died in April 1817 unmarried, leaving Elizabeth as Mary and William’s only surviving child.  William Hambly, age given as 73, died and was buried at Sorrell Tasmania on 22 October 1835. 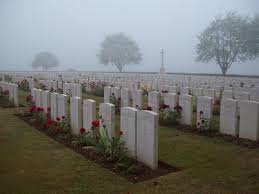 Pte A Ramshaw 3844, No.2 Can. Gen. Hospital – He was a big lump of a fellow of 23 or 24, and came from Tasmania. He was in D.Coy and we were going up a sap leading to our front line at Mouquet Farm and we were being heavily shelled by Fritz all the time.  I was only five off him when he was killed outright by a shell which pitched near him.  His body was placed on the parapet but I don’t know what became of it afterwards. 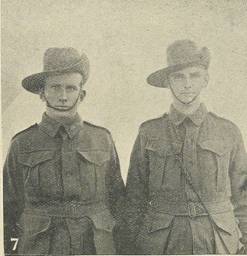 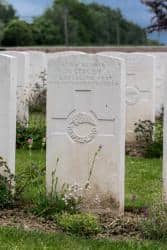