was indicted for feloniously stealing on the 6 May 1784, two-hundred and eighteen pounds weight of lead, value 40s belonging to William Rothwell.  Tried in the Old Bailey on 26 May 1784, he was found guilty and sentenced to seven years transportation.  Joseph spent the next three years on the Censor Hulk before embarkation aboard Scarborough; he was then aged around 20.  The next recorded entry on Joseph was when he married Eleanor (Ellen) Gott (Neptune 1790) at St Phillip Church Sydney on 13 December 1790.  During the following years, Joseph became a successful landholder and farmer in the Hawkesbury River area, starting with a 30 acre grant at Mulgrave Place.  He owned livestock, had an orchard and garden, with sowings of grain, wheat and maize.  At the age of 44 Joseph Wright died, leaving a wife and seven children.  A notation on his death certificate of 30 August 1811, registered at St Phillip’s Sydney, states, From London, ex ship ‘Scarborough’, 1788; tried at the Old Bailey, sentence 7 years, free by servitude.

Joseph left the deeds to the 15 acre farm property to his wife Eleanor, who in 1812 married Daniel Buckridge (Pitt 1792).  Eleanor Got Wright Buckridge died a widow on 28 April 1843 at Pitt Town and was buried with her second husband.   Her seven children by Joseph Wright inherited the 15 acre farm, including a horse, cart and harness, and a boat. Embarked 16 February 1916 Sydney New South Wales aboard HMAT Ballarat A70
Killed in Action 20 July 1916 during the Battle of Fromelles in France
Buried along with other fallen comrades in the Field
Reported missing; subject to a Red Cross enquiry
Listed with No Known Grave and commemorated at VC Corner and Memorial at Fromelles

The body of Private Joseph Patrick Wallis was identified in 2010, and is buried in the Fromelles (Pleasant Wood) Military Cemetery, France 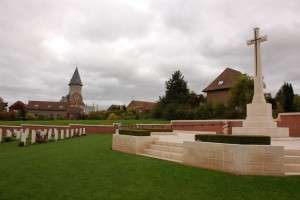 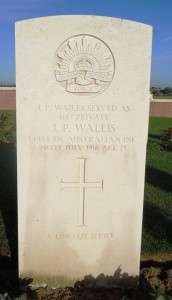