Richard Morgan arrived in Van Diemen’s Land with his family on 7 October 1806.  He was a First Fleeter and Norfolk Islander.

Richard Morgan was born in England.  He was convicted in 1785 at Gloucester on the oaths of ‘John Trevillian Ceely Trevillian Esq and others’.  The offence was, stealing in the dwelling house of the said Richard Morgan (sic) one metal watch value three pounds and also charged with assaulting the said John Ceely Trevillian and threatening to murder him and by force unlawfully obtaining from him a promissory note for the payment of five hundred pounds.  Morgan was convicted and sentenced to be transported to Africa for seven years.  He was transferred to the vessel Alexander in January 1787 and it was on this vessel he arrived at Port Jackson as a member of the First Fleet, 26 January 1788.  The Alexander was not a happy ship as most of the deaths occurred on this boat and at one time there was a mutiny.

Two months later, Morgan received permission to marry another convict Elizabeth Lock (Lady Penrhyn), who had been in gaol with him in Gloucester.  Elizabeth had actually received a death sentence for two accounts of breaking into a house and stealing.  The sentence was reprieved to seven years’ transportation.  They were married on 30 March 1788 at St Phillip’s Church Sydney.  There was no church building at that time so they no doubt married under a large gum tree.

On 8 January 1790 Richard was sent to Norfolk Island on the Supply with 21 other male convicts and one female.  Elizabeth followed in February 1790, and had no further known association with him.  Morgan was granted two acres of land at Queenboro on Norfolk Island.  He called it Morgan’s Run.

Morgan was a hard-working and energetic man and with the help of Catherine Clark (Lady Juliana), they prospered on Norfolk Island and increased their land to 50 acres, eventually supplying pork to the government.  He was also employed as a sawyer and overseer.

On 15 October 1805, Richard and Catherine and their seven children, including twins, George and James, left for Port Jackson.  It is interesting to note that ‘James’ was the second child of that name.  An early James was born and died on Norfolk Island in 1798.

It is believed that for a short period Richard was a self-employed tree feller at Portland Head near Windsor NSW.

On 7 October 1806, Richard Morgan and family arrived in Hobarton on the ‘King George’ to take up 130 acres at Kangaroo Point, Clarence Plains.  The Morgans were the first settlers at Kangaroo Point, Van Diemen’s Land.  Two servants accompanied them. 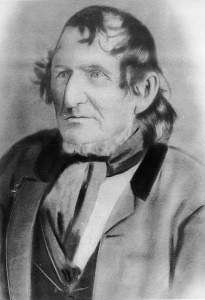 In 1815 he was a constable at Kangaroo Point, a post he was dismissed from on 26 July 1817.  In that year he was Commissioner for Wheat.  Richard tendered for 15,090 lbs of wheat every three months and 77-100 bushels of wheat in season.  The farm at Kangaroo Bay was not large enough to carry the number of cattle that supplied meat to the store.  These may have come from the additional lease Richard Morgan Snr had at Prosser Plains (now Buckland).  They may also have come from stolen stock.  They also had sheep at Scantling Plains (York Plains) as the Reverend Knopwood recorded in November 1815 the natives had killed and destroyed 930 of his sheep, (and) had piled them up together and burnt them.

In 1818 Thomas Florence, who first owned Rosny Point, ran a scow or open ferry across to Hobart Town from Morgan’s carrying livestock.  The Hobart Town Gazette on 11 April 1819 reports:  All live animals to be received at the Point adjoining Mr Morgan’s land, but all produce and luggage will be received at the command landing places … until two or three weeks have elapsed, when a road will be completed at the said Point, passing to and through Mr Morgan’s Farm, forming a junction with the Pittwater Road, a few rods south of Mr Ballances’s Inn.

Richard in supplying the meat to the government had his own slaughtering house, for which he was licensed.  The exact location of the enterprise is not known.  Probably close to the water’s edge of Kangaroo Bay.  This would help in the ferrying of produce to Hobart Town situated across the river.  It was a lucrative and demanding business as all the convicts and soldiers were dependent on the government.

In 1818 Richard Morgan stated the he had rented the place to Loane, and he was not there at the time of the slaughtering.  Loane it would appear was not popular and a number of people gave evidence against him, including the owner of the vessel Derwent, William Carr, re illegal slaughtering.  Nonetheless in 1820 both Richard and his son William signed a petition in favour of Loane.  In 1819 both Richard and Loane are on record in donating money (Loane gave 5 pounds and Richard one) to the Bible Society of Van Diemen’s Land.  It was rumoured that the Morgans were heavily involved in sheep theft and that they co-operated with the outlaws.

In 1828 both Richard Morgan and his son both tendered for more land, which was rejected, because it was written of Richard Morgan Snr. This man has always borne a suspicious character and to whom no encouragement should be given as an occupier of land.

On Richard Morgan Jnr it was written. This is the son of the elder Morgan whom I believe the same suspicions are attached as to the father.

Article by Reg Watson from Island to Island, (supplement book to a set of 5) which are a collection of articles and family stories to commemorate the Bicentenary of the arrival of settlers from Norfolk Island to Van Diemen’s Land between November 1807 and October 1808.  Compiled by Kate Carlisle, 2007
Permission granted from Reg Watson and the Hobart Town (1804) First Settler’s Association Inc. 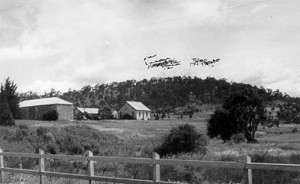 Rosny Farm, one of the oldest houses on Kangaroo Point built by Richard Morgan in 1807 (The Barn is still standing) (SLofT)

Postscript:
The children of Richard Morgan and Catherine Clark included Catherine, William, Richard, Mary, Sophia, Margaret, George and James.  They were all born on Norfolk Island.